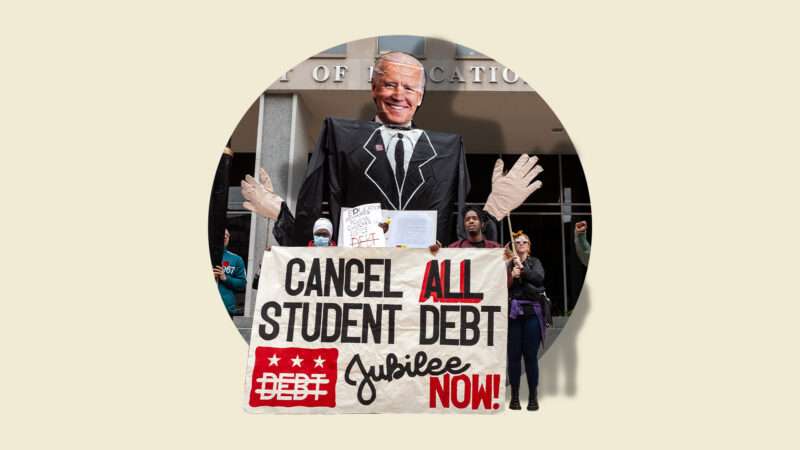 Why is the abortion debate within libertarianism treated so dismissively by everyone on The Reason Roundtable? Most other topics are approached with an evenhandedness that attempts to at least acknowledge that those who disagree with the panelists are doing so in good faith and are at least attempting to be reasonable. It's not surprising that everyone on The Roundtable is pro-choice. But why can't you all acknowledge your disagreement with pro-life libertarians is over fundamental values that libertarianism can't resolve? The way you approach the subject makes your own colleagues like Liz Wolfe into pariah libertarians who have no place in the movement. Pro-life libertarians begin with the premise that life starts at conception and that all humans have human rights. Further, in this line of thinking, the most foundational right (if any rights exist at all) is the right to not be killed without just cause. And so we conclude that the right of a baby to not be killed outweighs a woman's right to not be pregnant or not to provide the sustenance a growing baby needs to live in her womb. It is perfectly rational for someone else to say that he values a woman's autonomy more than the rights of a potential human life (or even an actual human life), but these two positions are irreconcilable. Why does everyone on The Roundtable go around masquerading as if their position on abortion is based on pure reason and science and the only acceptable libertarian position instead of acknowledging that it really boils down to values and you don't value a baby's life before she is born more than the mother's autonomy?

"The Student Loan Debate Isn't Just About Money. It's About the Experiences Students Like Me Sacrificed." by Fiona Harrigan

"Get Ready for the Post-Roe Sex Police!" by Nick Gillespie

Looking for your next podcast? Check out The Political Orphanage. Host Andrew Heaton is one of the funny guys in Reason TV videos—you may have seen him in "Libertarian PBS," "Game of Thrones: Libertarian Edition," or "Desperate Mayors Compete for Amazon HQ2."

The Political Orphanage is designed for people who don't feel at home in the Republican or Democratic Parties. Rather than explaining issues as a slap fight between Red Team and Blue Team, Heaton looks for the underlying problems to big issues and cracks jokes along the way. This month, Heaton flew to Berlin to interview a historian about Nazi economics and whether Hitler was a socialist or a capitalist. Over the next two weeks, he's going to talk to comedians about if social justice is a religion. And later this month, he's doing a special on what might happen in the event of nuclear war.

16d ago2w ago
Subscribe
Unsubscribe
साप्ताहिक
Elections are about more than who wins and who loses. The New York Times reporter Astead Herndon takes us beyond the horse race to explore how we got to this fraught moment in American politics.
T
The More Perfect Union

6d ago6d ago
Subscribe
Unsubscribe
मासिक
Truth vs Hype travels to the Ground Zero of the biggest story. Every week, re-defining reportage on Indian television.
T
The Skepticrat

4d ago4d ago
Subscribe
Unsubscribe
साप्ताहिक
Organizer and activist DeRay Mckesson explores news, culture, social justice, and politics with analysis from Kaya Henderson, De’Ara Balenger, and others. Then he sits down for deep conversations with experts, influencers, and diverse local and national leaders. New episodes every Tuesday.
P
Payne's Politics

2d ago2d ago
Subscribe
Unsubscribe
साप्ताहिक+
A bootstrappers podcast for founders, entrepreneurs, visionaries and dreamers who are building businesses from the ground up without the taking on debt or selling equity. Here we cover marketing, sales, organization and mindset issues that matter to you
O
OPB Politics Now

8h ago8h ago
Subscribe
Unsubscribe
रोज
Wake-up with America's first news - Host Gordon Deal goes beyond the headlines with the day's first look at news and business news from the U.S. and around the world; bringing a lively blend of intelligent information, humor, and expert analysis to morning radio.
500+ विषयों को सुनो