The Reason Roundtable « »
The Queen Is Dead. Anarchy in the U.K.? 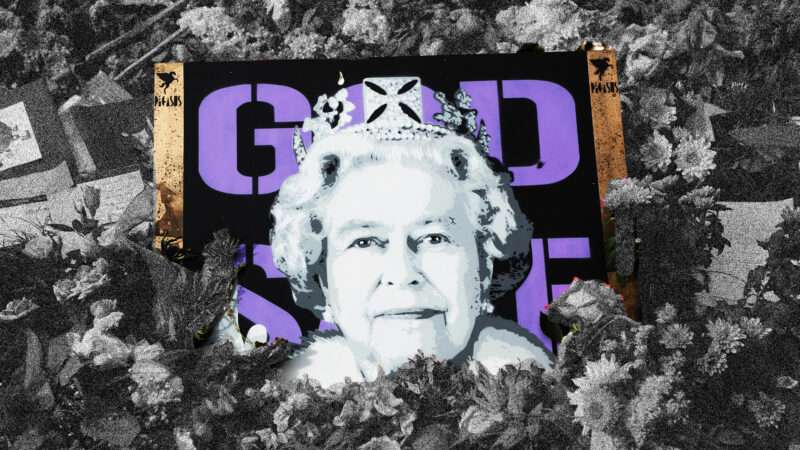 I see the Forward Party as planting the seeds for the blossoming of a multiparty democracy. As the initial priority of achieving ranked choice voting state by state is laid out, Forward Party is essentially "the third party for third parties." As the saying goes… "may 1000 third parties bloom."

Think of an alliance for a ranked choice voting policy coalition with other third parties. Namely with the other two largest third parties: Libertarian and Green.

This opens up a very interesting dynamic of politics and particularly centrism. No longer is centrism on a binary scale of red or blue, where the center merely takes a little from the left and a little from the right. What is called: "the mushy middle."

Ultimately, should some sort of coalition of libertarians (small and large L), libertarian-adjacent, liberaltarians, and classical liberals join the Forward Party to launch it toward the future?

"If Monarchy Is a Must, Keep It Neutral," by Robert Jackman

"In Defense of Not Mourning Queen Elizabeth," by Elizabeth Nolan Brown

"Maybe a Ceremonial Monarchy Can Show the Way to a Less Powerful State," by J.D. Tuccille

"Everyone Wants To Ban Certain Content Online. No One Wants To Talk Enforcement." by Bonnie Kristian

"Both Democrats and Republicans Want To Break Up Big Tech. Consumers Would Pay the Price." by Veronique de Rugy

The post The Queen Is Dead. Anarchy in the U.K.? appeared first on Reason.com.

1M ago4w ago
Subscribe
Unsubscribe
मासिक+
Real debate without the hate!
N
None Of The Above

15d ago2w ago
Subscribe
Unsubscribe
मासिक+
As the United States confronts an ever-changing set of international challenges, our foreign policy leaders continue to offer the same old answers. But what are the alternatives? In None Of The Above, the Eurasia Group Foundation’s Mark Hannah asks leading global thinkers for new answers and new ideas to guide an America increasingly adrift in the world. www.noneoftheabovepodcast.org
T
The Skepticrat

seconds ago1m ago
Subscribe
Unsubscribe
साप्ताहिक
OPB Politics Now is a weekly podcast that takes a deep dive into the hottest political topics in Oregon and the Northwest. Every Friday, OPB’s political reporters and special guests offer in-depth analysis, discussion and insight into candidates, events and issues.
T
Truth vs Hype

3d ago3d ago
Subscribe
Unsubscribe
साप्ताहिक
Sebastian Payne takes you into the corridors of power to unwrap, analyse and debate British politics with a regular lineup of expert Financial Times correspondents and informed commentators. New episodes available every Saturday morning. Hosted on Acast. See acast.com/privacy for more information.
P
Pod Save the People

7d ago1w ago
Subscribe
Unsubscribe
साप्ताहिक
Organizer and activist DeRay Mckesson explores news, culture, social justice, and politics with analysis from Kaya Henderson, De’Ara Balenger, and others. Then he sits down for deep conversations with experts, influencers, and diverse local and national leaders. New episodes every Tuesday.
T
The Jason Stapleton Program

33m ago33m ago
Subscribe
Unsubscribe
साप्ताहिक+
A bootstrappers podcast for founders, entrepreneurs, visionaries and dreamers who are building businesses from the ground up without the taking on debt or selling equity. Here we cover marketing, sales, organization and mindset issues that matter to you
R
Reasons to be Cheerful with Ed Miliband and Geoff Lloyd